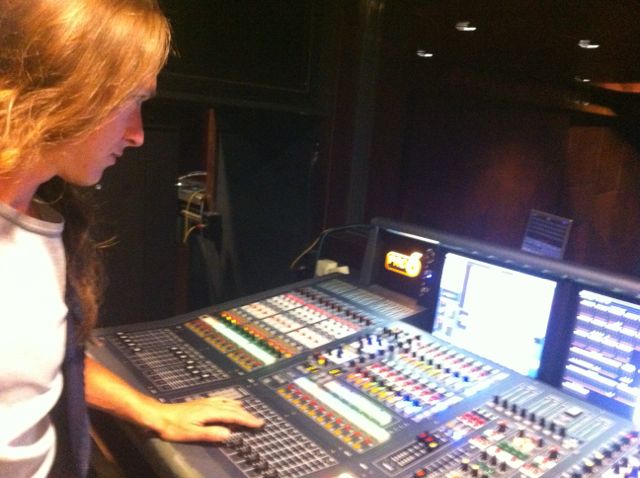 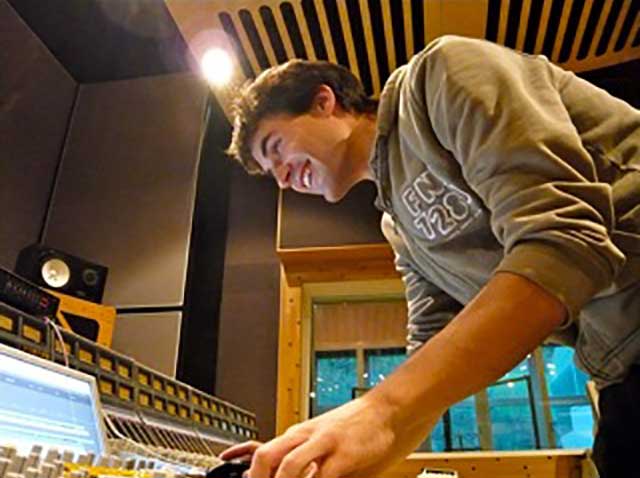 Born 1977, father of twins since 2011. He lives with his wife and children in Schaffhausen.

He began his musical career as a child with cello lessons. Later he switched to E Bass and played in various bands. After graduating from high school, he moved to California to the well-known Bass Institute of Technology in Los Angeles. Already at that time he was attracted not only by making music but also more and more by the realization of the music via the mixing desk to the listener.

Back in Switzerland, he completed his training as an audio engineer at the SAE in Zurich with a diploma. Since 2001 self-employed sound engineer with focus on live mix. He accompanies various well-known bands and theatre groups on tours in Switzerland and abroad. Responsible for the front of house mix.

He accompanies various well-known bands and theatre groups on tours in Switzerland and abroad. Responsible for the front of house mix.

In addition, he has been running the Soundvalley recording studio since 2009, where he brings his live experience to CD productions.

Born in 1984, he has been living in Schaffhausen ever since. Being fascinated with music and technology alike, he attended the Zurich University of the Arts where he studied Tonmeister. In 2010, he received his Master award „with distinction“. In 2008, he founded his one-man company ToneControl. Since then, he has been working on music productions in many different genres including Classical/Contemporary music, Jazz, Pop and Rock, as well as on theatre productions, audio work for films and sounddesign for various formats. He is also a live mixing engineer, operates live-electronics for contemporary music performances and works as a freelancer at the Theatre Winterthur, the Zurich Opera House (until 2013) and in other recording studios. He is also part of a research group at the Institute for Computer Music and Technology in Zurich, exploring the realms of three-dimensional audio recordings.

Although David has proficient engineering skills, he likes to focus on what he believes is most important: the music, the groove, the message. When he is not sitting at a mixing desk or plugging cables, he is often seen at the shore of the River Rhine or in the woods around his hometown.